What is blockchain technology and what are the types of it?


The term blockchain is very common when talking about the crypto market. Both have some unique features that differentiate them.

To be precise, blockchain technology is something that plays an important role in crypto systems. It focuses on maintaining a secure and decentralized record of transactions.

Now, let’s find out the definition of blockchain technology before exploring the different types of it and how they function:

What is blockchain technology?

It can be described as a shared and immutable database or ledger that is distributed among the nodes of a computer network. Functioning as a database, the information’s electronically stored inside the blockchain in a digital structure.

Blockchain technology primarily focuses on facilitating the process of keeping records of transactions and tracking assets in a network. Notably, an asset could be both tangible and intangible.

For instance, any physical asset including vehicles, houses, cash, etc., comes under the tangible section, while digital assets like intellectual property, patents, etc., fall in the intangible segment.

Now, blockchain technology could keep track of any virtual assets, while also enabling trading of them through the network. Trading on the blockchain network also lessens the risks and cuts costs for the services.

The technology enables all the users of the network to access the distributed ledger and its record of transactions. Due to the shared ledger, the transactions are only recorded once, making the duplication method redundant which typically increases efforts in other traditional business networks.

In addition to that, the records being immutable, no one could change or interfere with any transaction after it is recorded in the shared ledger. Another common term that is associated with blockchain technology is smart contracts. This is a set of rules that are stored on the blockchain and automatically executed to speed up transactions. 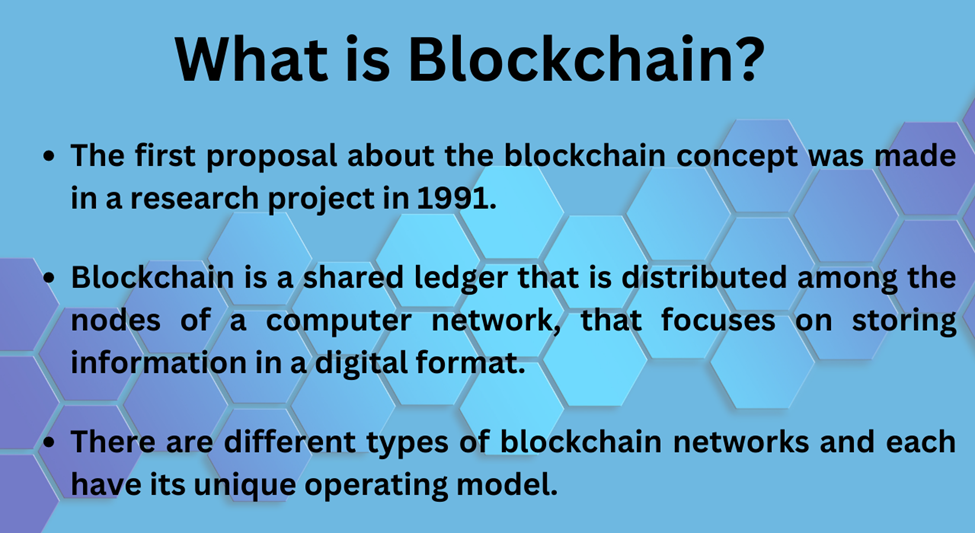 There are several types of blockchain networks, like public, permissioned, or consortium.

These blockchain networks are controlled by an organization that can decide who can participate or have access to the data. The participants who have received permission can only access a particular set of data.

Consortium networks are the types of blockchains where different organizations share responsibilities to maintain the blockchain. These organizations decide who could have access to blockchain data.

Blockchain technology focuses on allowing digital information to be recorded and shared without being tampered with. The blockchain typically stores information in a group, which is also called blocks.

A block has specific storage and capacities and is linked to another block that are filled previously. These blocks, while linking with one another, form a chain and hence it is known as the blockchain.

How to Create a Cryptocurrency Trading Plan