There’s a lot of debate about how cryptocurrencies add value to the digital world. Is crypto a great store of value? Is it a path to the metaverse? Is crypto disruptive to traditional businesses somehow?

I think a core answer has to be the utility that can be built on the blockchain of a given cryptocurrency. If developers can’t build programs and businesses that benefit from the blockchain itself, what advantage does crypto have?

One blockchain that’s built for that utility is Solana (SOL 3.81%), and it’s the one cryptocurrency that I think is a no-brainer right now. 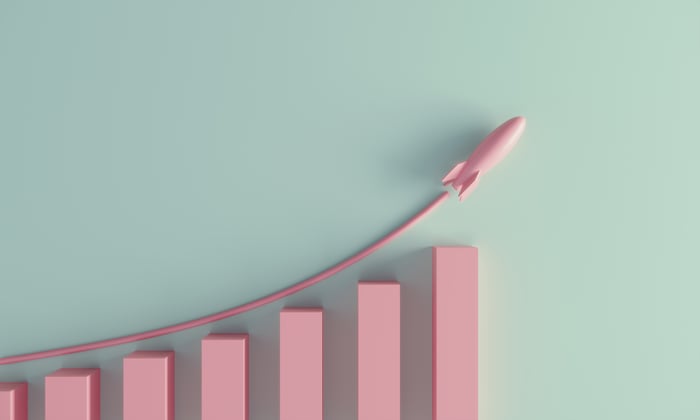 The Solana blockchain uses what’s called proof-of-history validation structure for transactions, which is theoretically much faster and cheaper than validation methods like proof-of-work or proof-of-stake.

Actual performance of the Solana blockchain hasn’t hit the 50,000 transactions per second or more it can theoretically reach, but the numbers are impressive.

Not every program will be used long term, and not every NFT will be valuable, but the amount of activity and development on Solana is simply astounding.

A few of the notable developments happening on Solana just this year include:

Sometimes, the pace of development is dizzying, but that’s good for a blockchain and cryptocurrency. And most of the development is geared toward making Solana easier to use, which is what it’s going to take to bring on the next generation of crypto users.

Solana is the future of the blockchain

I think cryptocurrency and the blockchain could be very disruptive technologies, but they need to be built for speed, low cost, and ease of use. Solana is the one blockchain that’s focused on these factors, and there’s rapid innovation in the developer community. That’s why this is the best cryptocurrency to buy now, by a long shot.

Should You Sell TagCoin (TAG) Thursday?

Victims of TerraUSD UST Collapse Speak Out – Will Do Kwon Be Arrested?

Up More Than 40% for the Month, Is This Metaverse Crypto Now a Buy?

The market cap of top USD-pegged stablecoins has fallen significantly over the past two weeks following FTX’s implosion, according...