Ethereum [ETH]: Is the Merge really ‘priced in?’ This exec claims…


Ethereum is edging closer to the Merge right now, with the launch scheduled for 15 September. The Merge has already given a sharp boost to Ethereum [ETH] trading over the past month. According to data from Coin Glass, the number of Ether contracts that have not been settled has doubled to just over $8.43 billion.

In September alone, the total derivatives volume for Ether was close to $87 billion, compared to over $67 billion for Bitcoin. This reflects on the growing sentiment towards Ethereum in the crypto-markets.

The Merge euphoria can be seen in ETH’s price too. According to CoinMarketCap, ETH was trading at $1,546 at press time after seeing more than 3% gains over the week.

Where’s the next stop?

Despite the recent uptick in market sentiment, some issues continue to persist for Ethereum. The Merge itself poses some issues for Ethereum, as reported here. However, during the anticipation of the Merge, there have been growing exchange inflows in recent days too.

According to Glassnode, Exchange Inflow Volume (7d MA) just hit a 1-month high of 12,091.061 ETH. Glassnode also claimed that over $500 million worth of ETH have seen their way into exchanges in the past 48 hours. 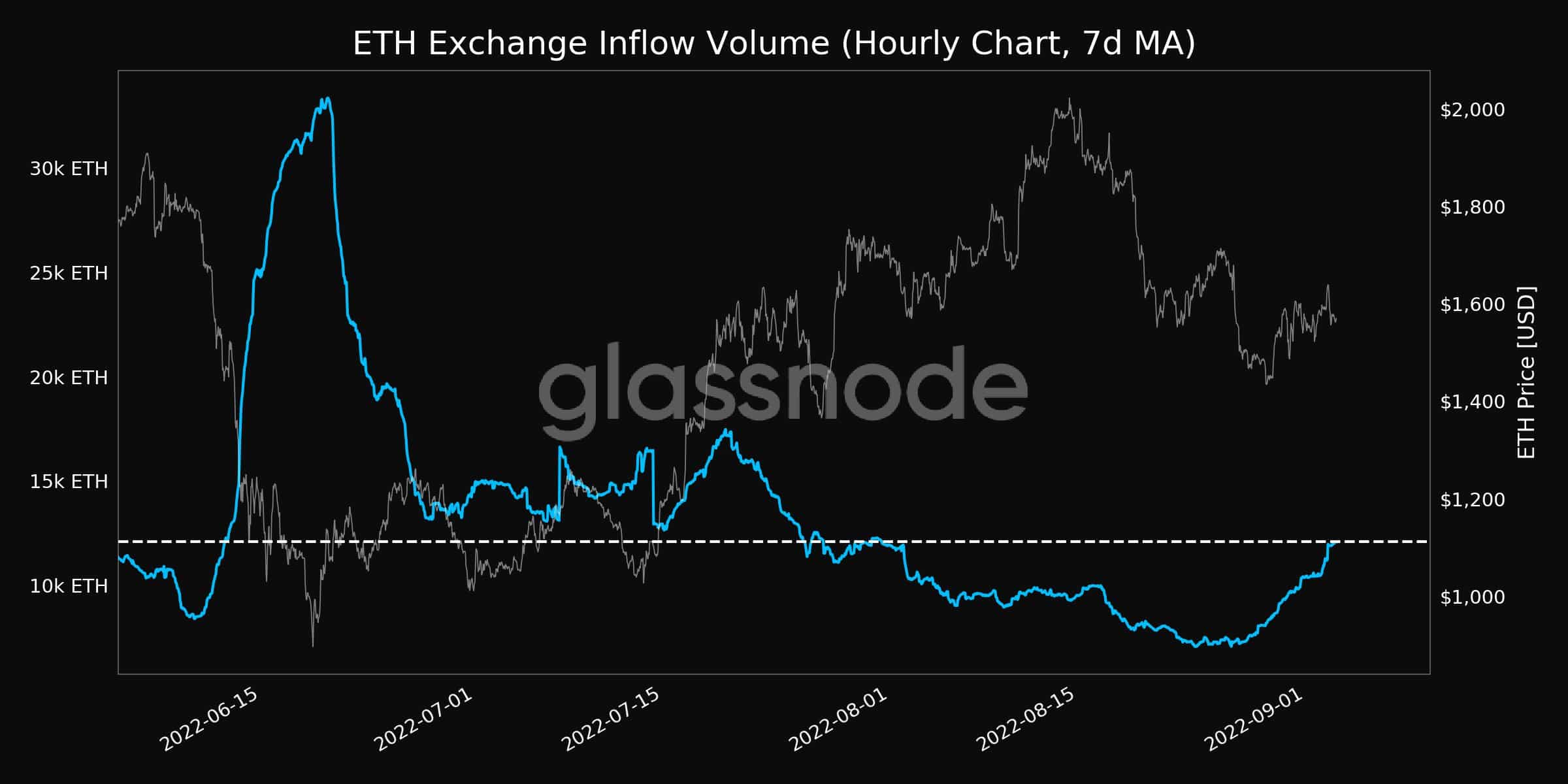 What else is new?

The exec called the Merge a “triple halving” event, with the same involving a “90% issuance reduction in the equal of three halvings in BTC.”

In fact, Bons believes that Ethereum’s much-anticipated Merge will allow “greater censorship resistance” and security on Ethereum. Furthermore, the exec quashed rumours suggesting that the Merge is “priced in,” with Bons adding that this is a “misinformation campaign carried out by its opponents.”

Needless to say, we will have to wait and see how the Merge pans out after its release. This, because market conditions continue to stay bleak and who knows how patient investors will be. It’s ETH’s call going forward.

Dogecoin to Pakistani Rupee on September 04, 2022

Can Bitcoin mining have a net-positive effect on energy, environment

Litecoin on a knife’s edge; should investors wait for mid-week clarity

Coinbase and Ripple could soon be regulated