Ethereum price remains a beta asset relative to Bitcoin price as it has dropped nearly 8% over the last twelve hours while BTC has slid roughly 4%. This development indicates that the upcoming Merge update, where the asset will shift from Proof-of-Work (PoW) to Proof-of-Stake (PoS), has not had any hand in reducing the high degree of correlation that exists between the two assets.

Ethereum price crashed roughly 19% as it followed Bitcoin’s footsteps between August 18 and 20. While a recovery seemed to be ongoing, the recent spike in selling pressure in BTC price has caused ETH to revert prematurely. The only chance that the bounce could be triggered again is if Bitcoin price sweeps the $20,750 equal lows or if Ethereum price sweeps the $1,521 swing low formed on August 21.

Preferably, if the former outlook happens first, then the second scenario will not matter for any recovery attempt. As for the upside targets, ETH investors can expect a minor run-up to $1,675 to fill the inefficiency and trigger its reversal here.

In some odd cases, this leg-up could extend to $1,730 and form a ceiling there before reversing and continuing its downtrend. Regardless of where the local top forms, Ethereum price is due to retesting the imbalance to the downside at $1,474.

However, ETH might revisit the $1,280 support level if the selling pressure continues to build up. 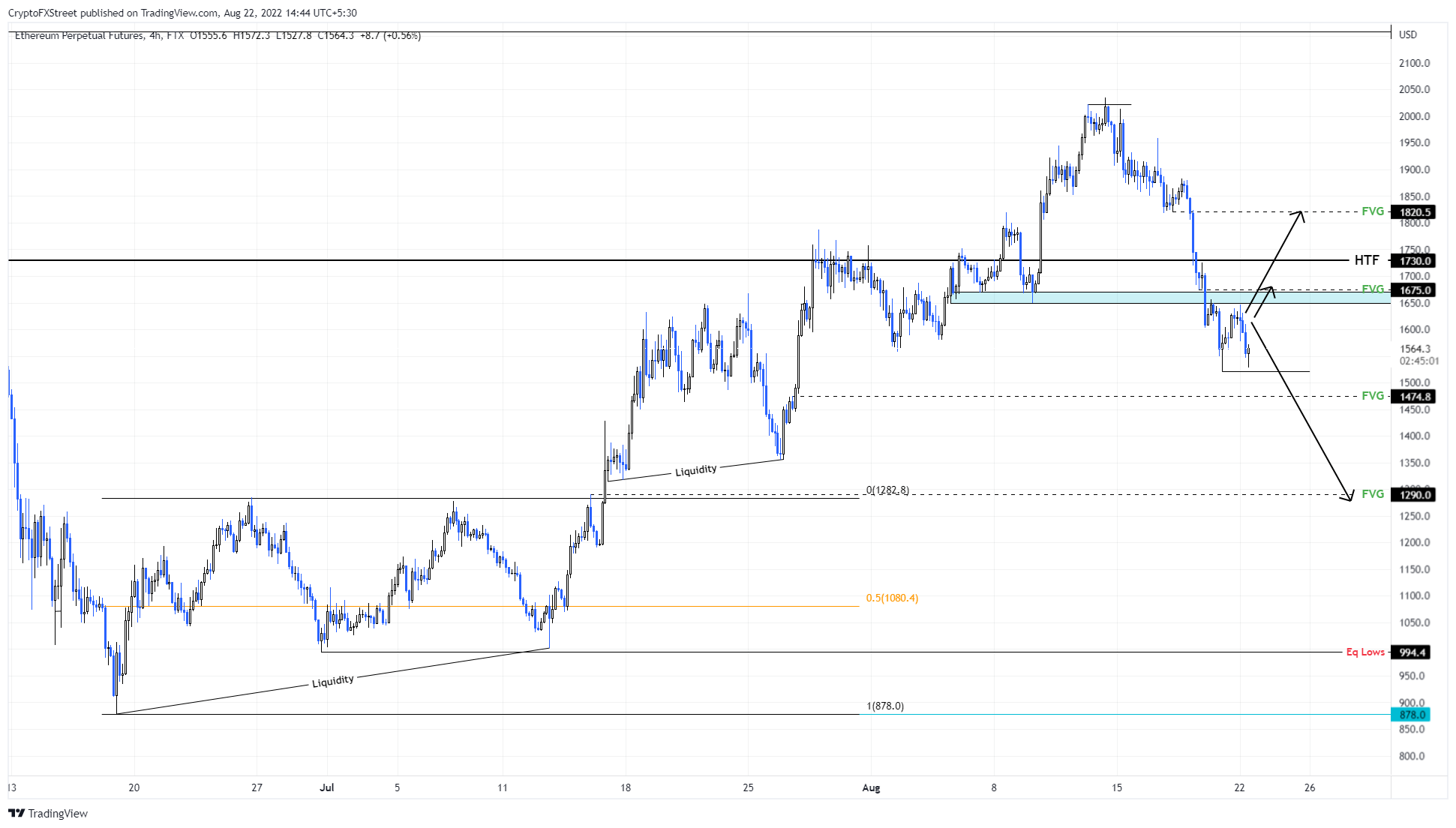 Although the recovery targets are not set in stone, a flip of the $1,730 hurdle will indicate the resurgence of Ethereum buyers. After this, if ETH produces a higher high above the recent swing point at $2,019, it will invalidate the bearish thesis for Ethereum price.

In this case, ETH might continue its uptrend to revisit the $2,100-to-$2,300 area, which has historically been a high resistance zone.

Big Eyes Coin, Ethereum, and Avalanche are Heading to the Moon

Dogecoin enthusiasts should consider this before buying the dip

7 Cryptos to Watch as the Bulls Return to the Blockchain

Litecoin (LTC), Low Volatility but Falling Tuesday: Is it Time to Cash Out? – InvestorsObserver

Bitcoin price consolidation has shifted traders to these 4 altcoins

Why Terra (LUNA) and LUNA Classic Might Tank This Week, As Bitgert Rallies

by IndustryTrends November 27, 2022 Though Terra (LUNA) and LUNA Classic (LUNC) have been some of the...

Should You Buy Quark (QRK) Sunday?